Leading the way for cleaner oceans 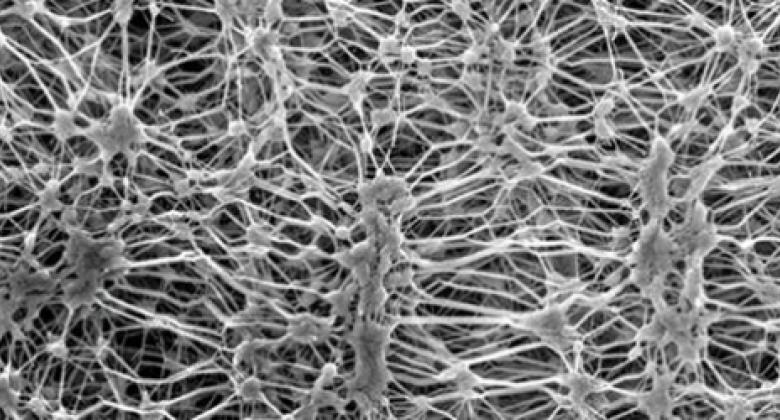 The Story of Stuff’s videos discuss how our oceans are filling with plastic, resulting in a huge mass which scientist are calling “The Pacific Garbage Patch.” However, some of the most dangerous plastic in our oceans is so tiny as to be nearly invisible. When ecologist Mark Browne studied ocean microplastics at 18 sites across the globe, he was shocked by what he found. It turns out that most of the material polluting the ocean is microfiber, microscopic flecks of plastic that come off clothing in the washing machine and get dumped into the oceans.

This is the first time someone has studied the environmental impact of man-made fabrics on such a large scale, and the results are worrying. The oceans play a critical role in our food chain, so the plastic microfibers filling our ocean pose a threat to humans and other life. "Ingested and inhaled [plastic] fibers carry toxic materials and a third of the food we eat is contaminated with this material,” according to Dr. Browne.

Currently, clothing companies use plastics in their products without thinking about the dangers. But we here at The Story of Stuff Project believe in encouraging solutions to big problems. We’re calling on one of the world’s most environmentally-conscious clothing companies, Columbia Sportswear, to lead the charge for positive change.

Most modern clothing companies, including Columbia Sportswear, use plastic man-made fabrics like polyester and nylon. Each time we wash a shirt, jacket or other clothing made from these materials, plastic microfibers get washed into the sewage system and flow into the ocean. From there the microfibers are ingested by small fish, and make their way up the food chain. And these fibers are everywhere. They contaminate not only our waterways, but also our food and air.

When ecologist Mark Brown studied microplastics on shorelines across the globe, he discovered that a full 85% of the plastic came from man-made clothing fibers. Experiments with washing machines reveal that 1,900 pieces of plastic microfibers come off of a single piece of clothing every time it’s washed. Since nearly every major clothing company now uses these sorts of man-made fibers, it adds up to a huge amount of plastic microfibers entering our waterways each year. And just like other plastics, plastic microfibers contribute toxins to our environment.

Science has only recently discovered this problem, and what we need now is a solution to this mess. If a big company like Columbia Sportswear proves that better alternatives are possible, others will follow suit. Columbia Sportswear is perfectly positioned to become a leader on this issue; it makes clothing for nature-loving people, and sells its products around the world.

Plastic pollution has increased by 500% in the last 30 years, and the plastic litter that finds its ways into our oceans kills over 100,000 wild animals every year. Thanks to public awareness campaigns such as The Story of Stuff videos, people around the world have started fighting for real change. Half of the people in the world now live someplace that regulates single-use plastic bags, and large corporations are pledging to remove plastic microbeads from their products. We’re making progress in our fight against plastic pollution, but there’s a long way to go. Addressing the impact of plastic fibers in our clothing is the next step.

Columbia Sportswear sells itself as a company that cares about the environment; it gives millions of dollars to environmental causes each year. If Columbia Sportswear becomes the first global company to create pollution-free clothing, then people around the world will take notice, and other companies will feel the pressure to do the right thing as well.

Resources:
TreeHugger Magazine: Your clothes are pollution the ocean every time you do laundry, November 6, 2014
Greatist: The 14 Athletic Wear Companies That Are Actually Good for the World, December 6, 2013
© 2014 Story of Stuff Project. Creative Commons License.