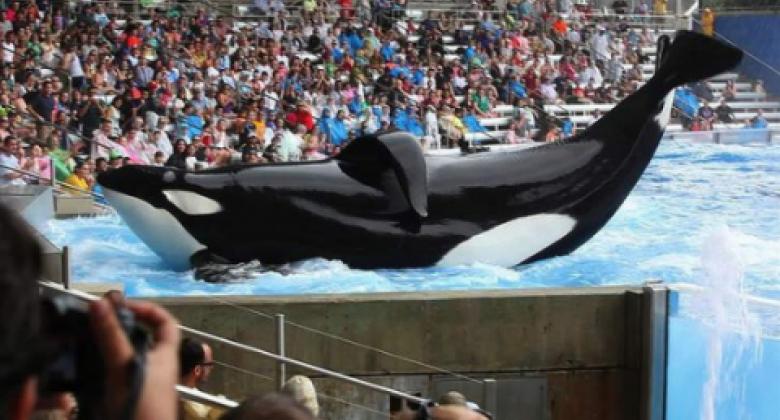 But this fight isn’t over. Whale and Dolphin Conservation believe that White Sphere is responsible for the capture of 8 wild orcas in the past year.

The two orcas that were bound for the Sochi Olympics are still in Moscow. They are still destined to be shipped off to another dolphinarium in Russia or China, where they will be forced to participate in live shows and be kept in ridiculously tiny metal tanks.

The physical and mental health of these orcas is in danger. We have to ramp up the pressure on White Sphere, and we think we know how. White Sphere is a member of the International Association of Amusement Parks and Attractions (IIAPA), the world’s largest trade association for amusement parks and aquariums. So is SeaWorld.

Tell the IIAPA and SeaWorld to boot White Sphere out of the Association, unless it returns the captured orcas to the wild.

Being booted out of the IIAPA could be a serious wake-up call for White Sphere. The IIAPA provides White Sphere with links to suppliers and partners around the world, as well as advice on how to improve efficiency, marketing, safety, and profitability. Above all, the IIAPA gives White Sphere a veneer of credibility. Without IIAPA membership, White Sphere could be exposed as the cowboy outfit it really is.

And SeaWorld has good reason to speak out. SeaWorld has been facing increasing pressure after the documentary Blackfish came out last year, alleging troublesome practices involving its captive killer whales. Now is the perfect time for SeaWorld to stand up and demonstrate the ethics it says it stands for, by refusing to be associated with White Sphere -- a company that has captured 8 orcas from the wild in one year alone.

Demand that the IIAPA and SeaWorld stop working with White Sphere, unless it returns the wild orcas to the ocean.

Russia issues the permits for wild orca capture, but just because it’s legal doesn’t mean it’s right. The US hasn’t issued a permit for the capture of a wild orca since 1989. That’s how dated this practice truly is.

Hundreds of thousands of us have protested the display of the wild orcas at the Sochi Olympics, and we won. Now let's aim higher, and stand up for all the wild orcas at risk by White Sphere's despicable behaviour.